Sweat was pouring off my head and dripping onto the bare metal in my lap. The self-tapping screws were working overtime, as this was the third time I was forcing them to tap a new hole. After six months post purchase, I was finally working on Tilly’s exterior sun visor. I would have started much earlier, but truth be told, when I first read the instructions, looked at the hardware, I was left puzzled and confused. Nothing really made sense on the instructions. There were hardly any relevant photos of the installation, and the hardware was quite confusing, daunting really. It also felt like a two person job, and though my wife loves to help, I didn’t want to force her to stand there for hours while I tried to figure out what screwed into what.

But tonight was the night to try. Starting a project late on a Sunday is not perhaps the best idea, but after last week at work and the events this weekend, I needed the distraction. No, that’s the not the right word, I needed something to end right. I needed something to be complete, correct, and with few flaws. My truck, it’s endless list of needs and wants, well it has become my meditation and my healing. After the major confidence hit I took at work – truth – recovery was taking its time.

So what happened? Details of the events that transpired are long and very boring. Having said that, what it all boils down to is that there are people who count on my ideas, thoughts, and discoveries. They count on me having the best plan and the best execution because timing is critical and there is little room for error, any major set back can mean losing the kind of money that could feed small South American tribes for a decade. (Isn’t that ironic).

I took a major confidence blow. I felt my control slipping. I had failed. And I left work at the end of the week with a fairly significant funk. When the blow to your confidence is that severe, it is far too easy to question whether or not you ever had a good idea. It was not a good way to start the weekend. It was not fair to my wife or myself.

Yet, things shifted and changed. After a good nights sleep, my wife and I discovered a new place for breakfast, serving proper scones with jam and cream. During that little meal, I found a car on Craigslist. It was cheap. It was Black. It was a Chevy. I was smitten! And after exchanging messages with the seller, a plan was constructed for an afternoon adventure. In the mean time, I had work to do, as I needed to assist my father in getting his plane back together and running. We worked for a short while, attached the starter, hooked up the wires, dealt with the small challenges, and I was ecstatic to see his plane crank over and fire almost immediately. Flawless.

In the late afternoon, we took our little adventure in search of a mate for Tilly. I was perhaps too excited about it, my hopes far too high, and as I looked over the vehicle, knowing almost immediately that this was not a good idea, I ended up driving it. There wasn’t even a gas pedal, just a little rounded shaft coming out of the floor boards. You had to grip it with a Chimpanzee toe grip in order to make it accelerate properly, but when you hit a bump the front end suspension bottomed out and made a horrible bang! By the time we got back from the three mile test drive, I was fairly certain we blew out all the oil from the sump and the engine was smoking hot. At that moment, I had to concede defeat and back away – quickly.

So home, dreams a bit shattered, yet confidence intact, I woke before my wife this morning and started researching, focusing and looking. For the past few months I have known I wanted another classic car. Not as much a project as Tilly, but something that could make the drive to work on a nice day. After last week, though, I had no confidence left and doubted every choice. Yet this weekend’s adventures has helped my mind relax, focus, and start seeing new possibilities again. I have a plan. I have approved financing. I am going to find the right vehicle.

More importantly, I am going to face the work week with my confidence intact, my failure was just a lesson to learn. I know this because as I started a project on Sunday evening, one that stumped me months ago and that project is complete.

Tilly has a new hat. 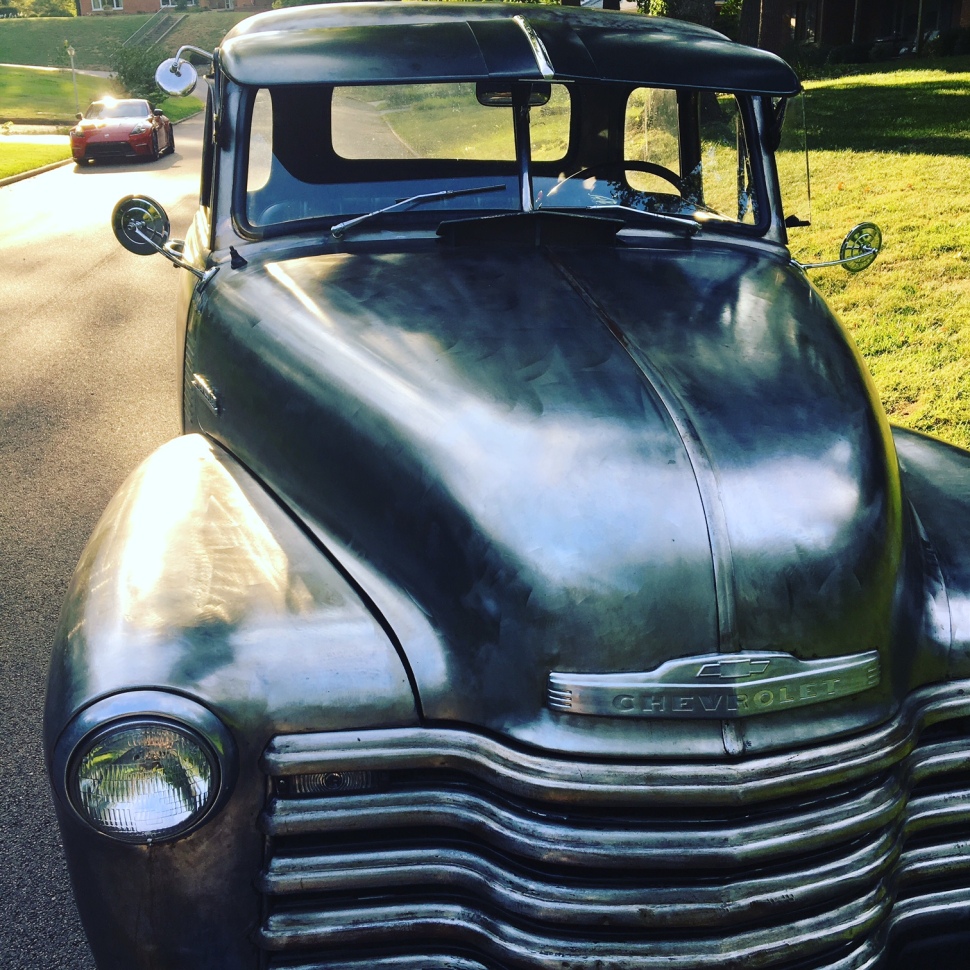